Select a video and start learning USMLE Biostatistics. Don't forget to compete the quiz after each video. 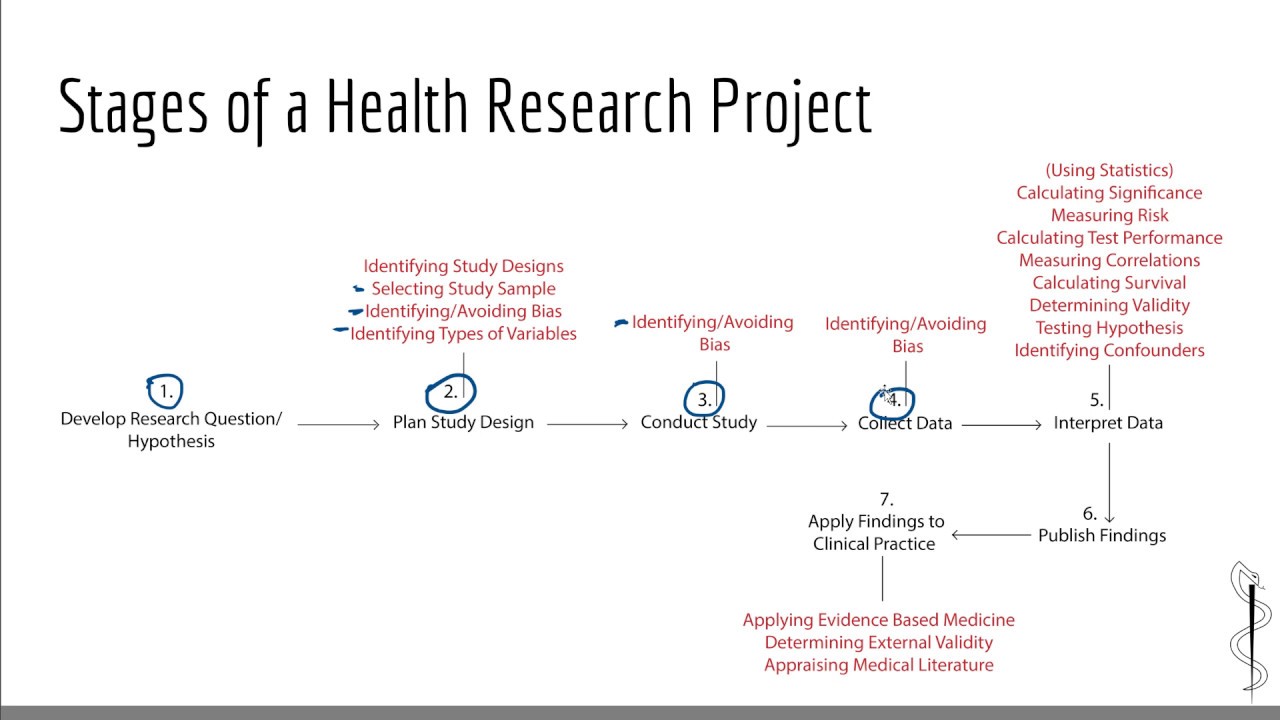 Introduction to USMLE Biostatistics and Epidemiology 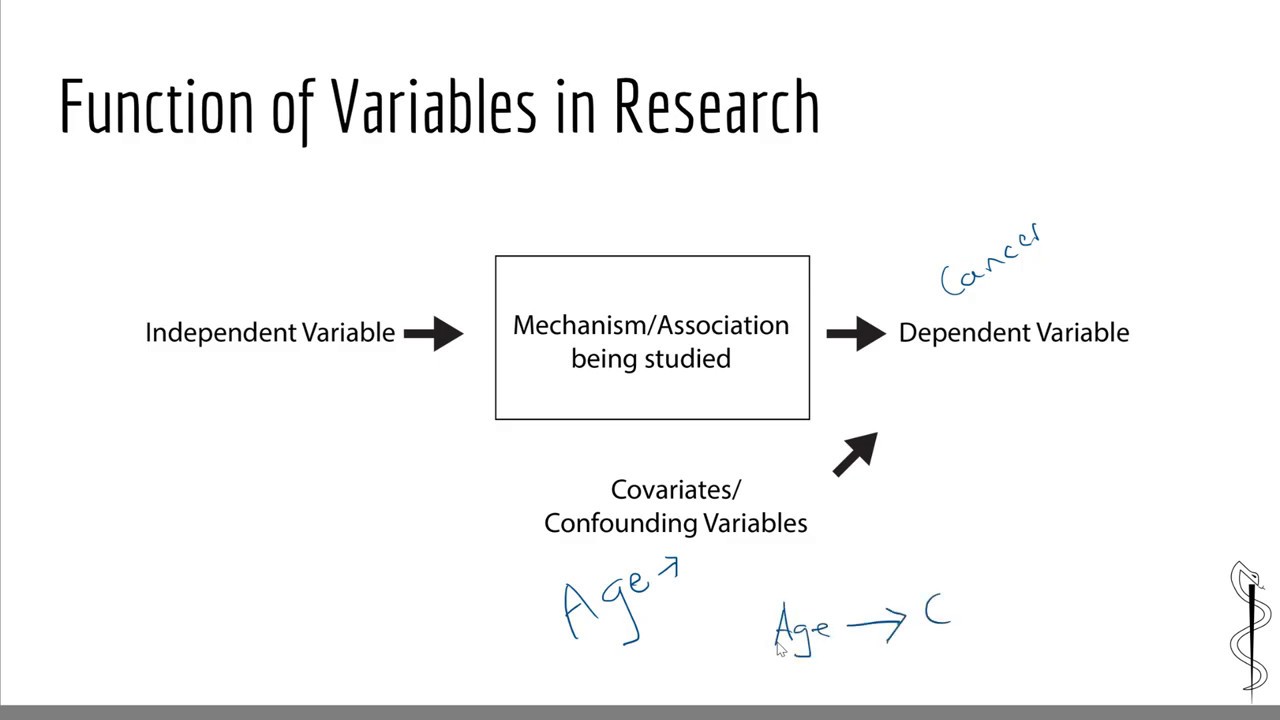 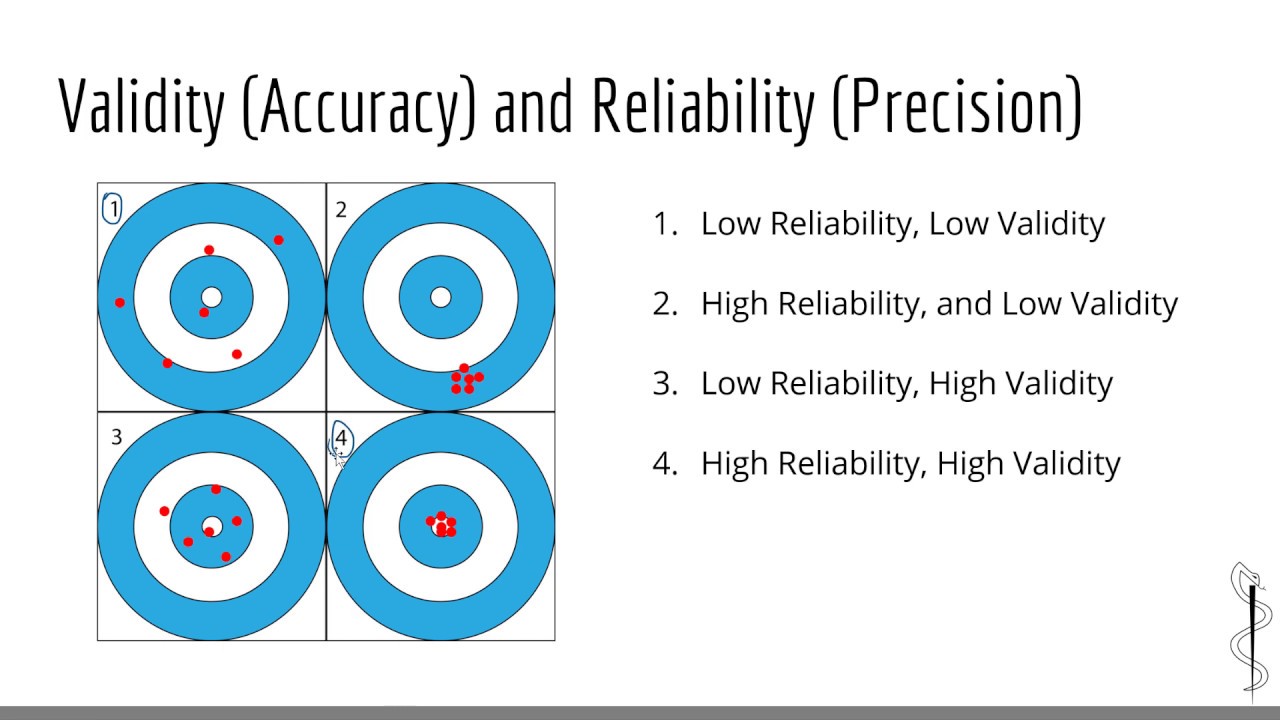 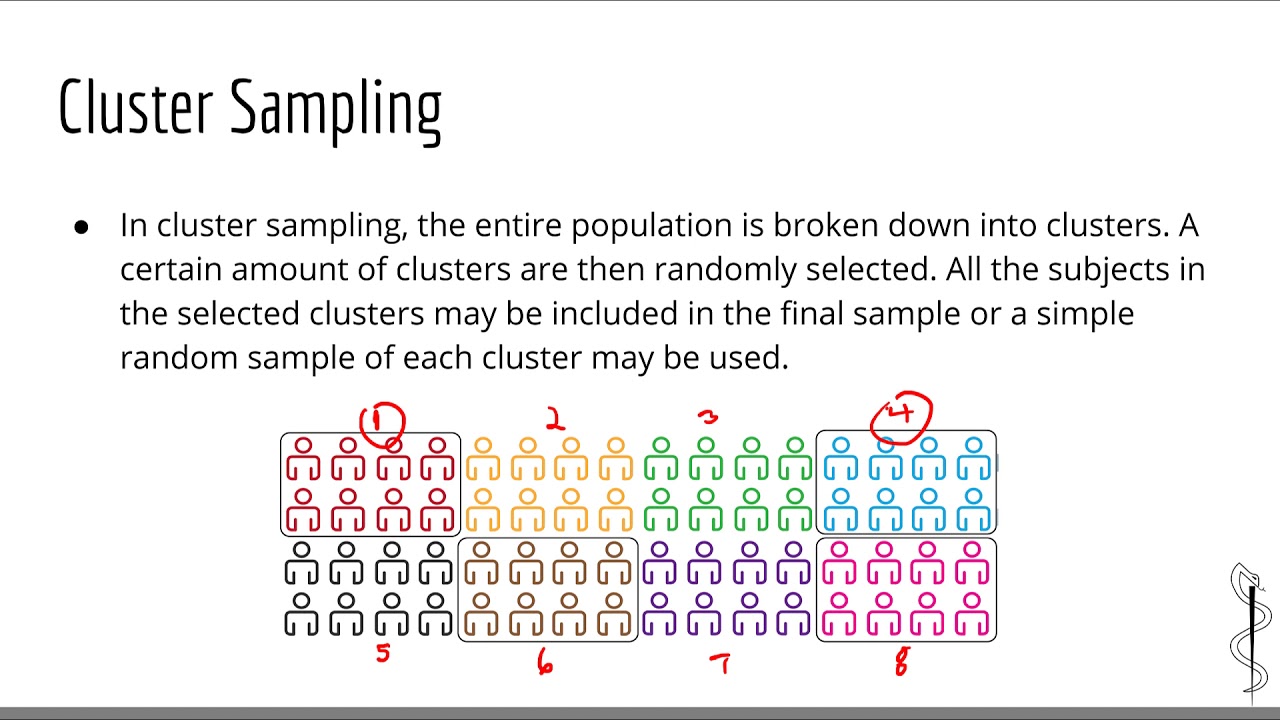 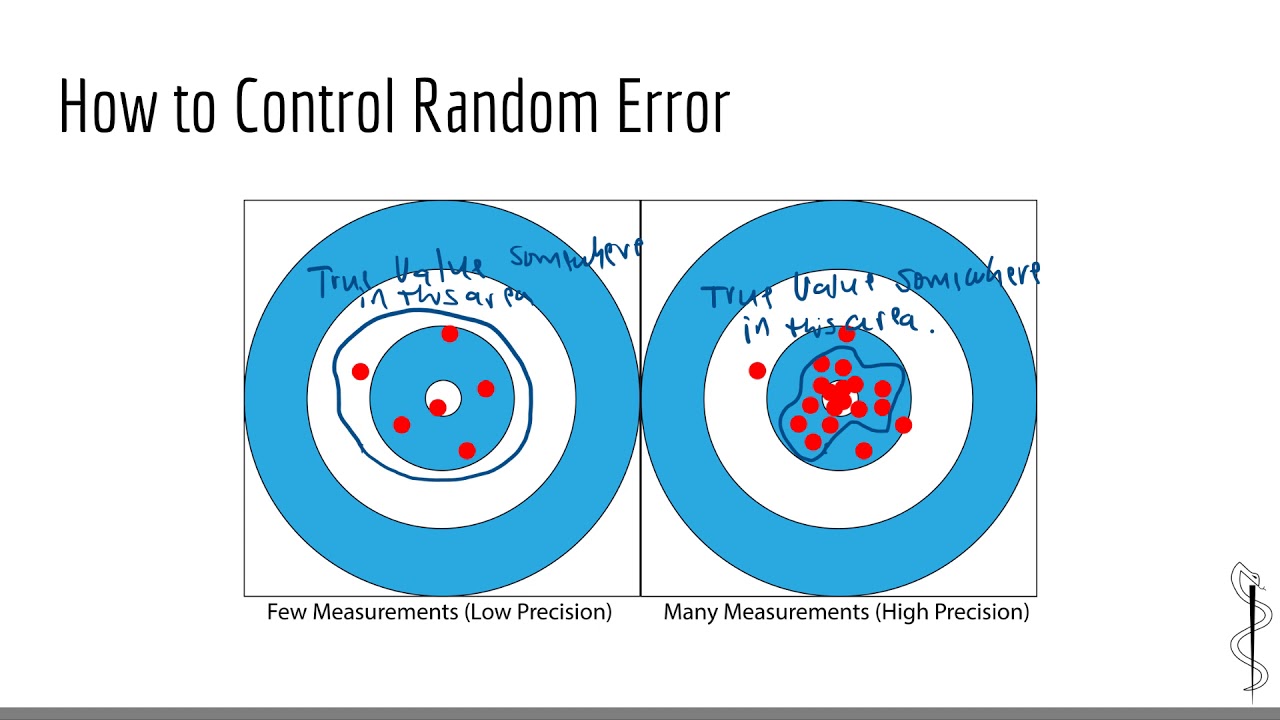 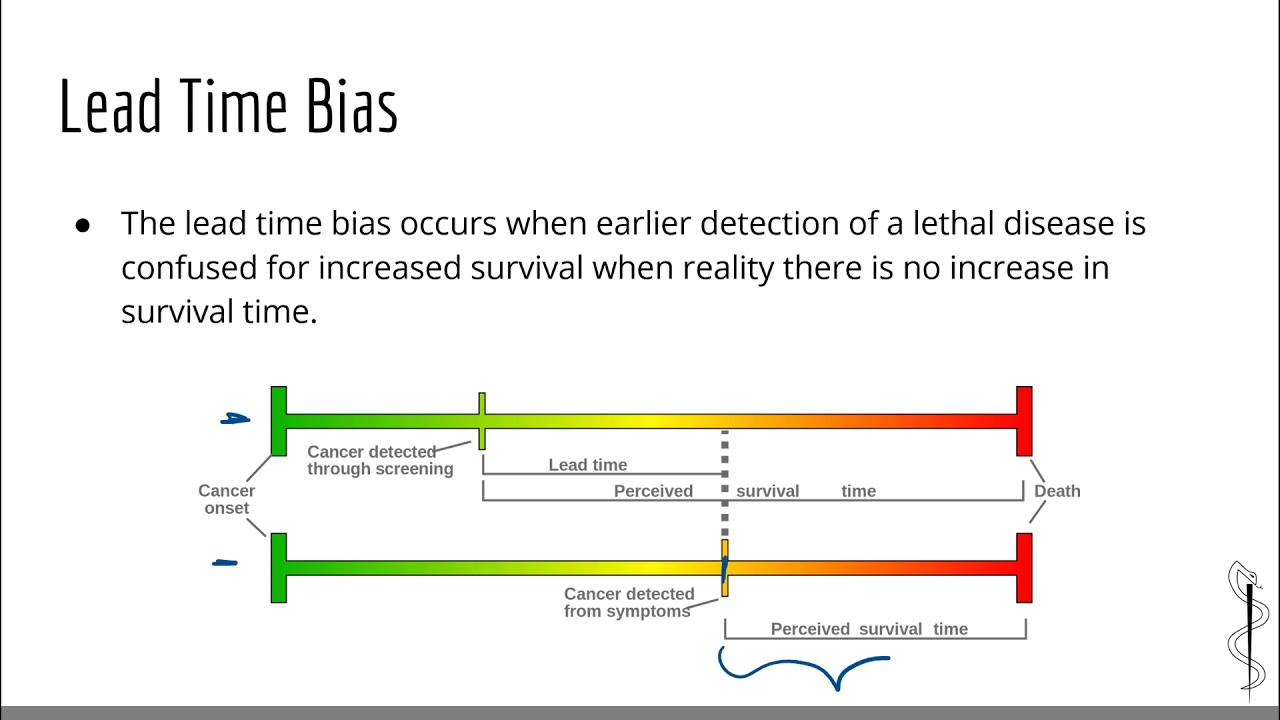 Measurement Bias and Methods to Control It 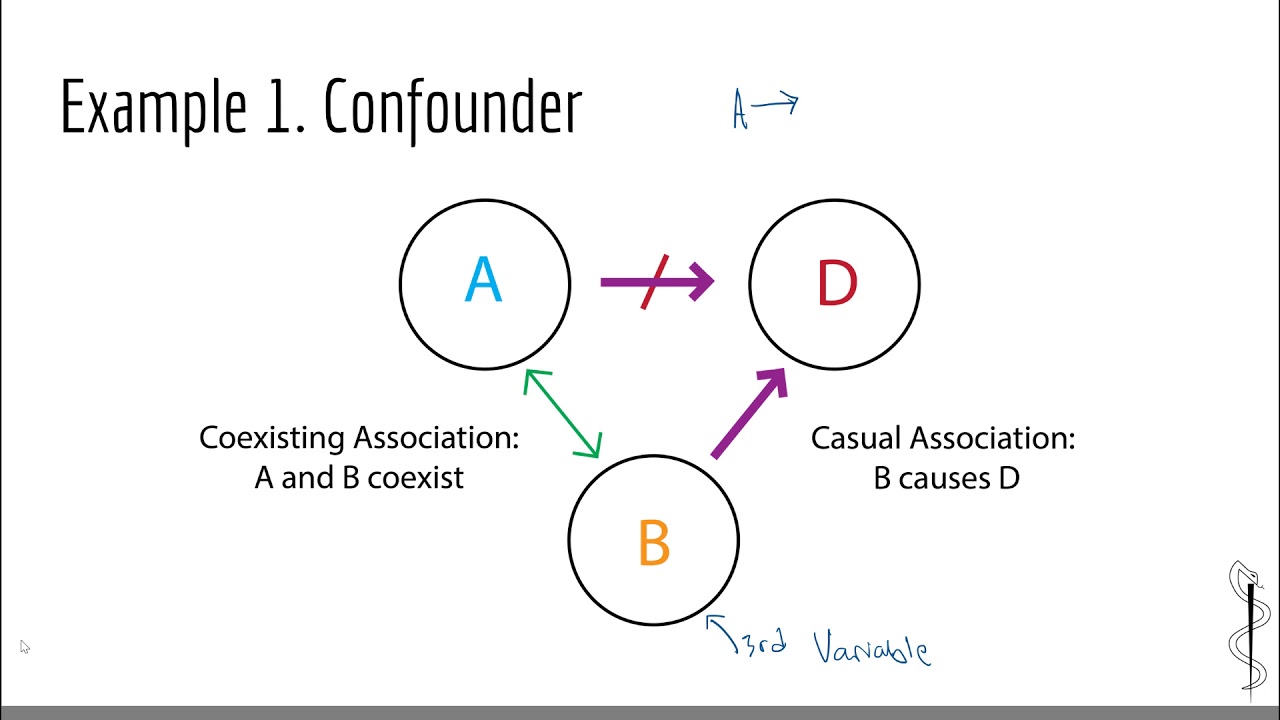 Confounding Bias & Methods to Control It 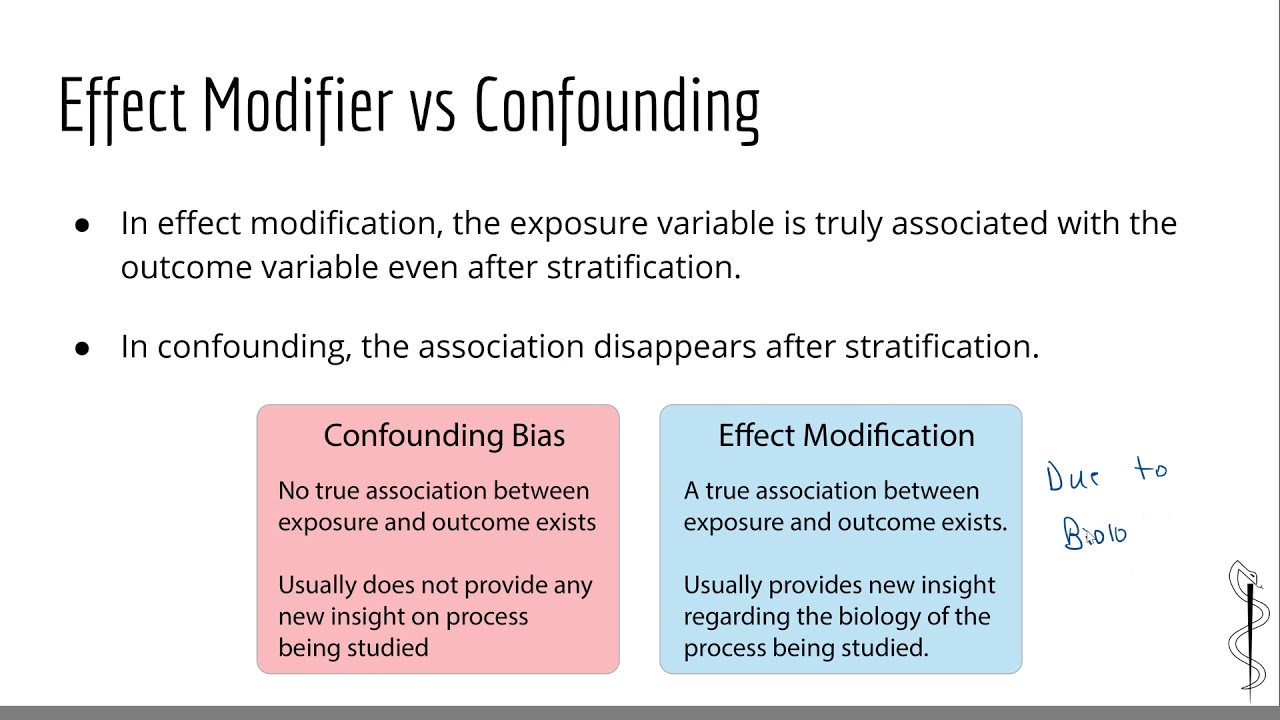 18:11
Tab #1
Tab #1
In this intro to USMLE biostatistics and epidemiology, we will set the foundational knowledge that you will need throughout this course. In order to master the various USMLE Step 1 and Step 2 CK biostatistics topics, you need to have a solid understanding of the framework and structure of health and medical research. In this video lecture, we will introduce this framework as well as introduce relevant high yield USMLE biostatistics topics in the process. By the end of this lecture, you will have an introductory understanding of the main elements of health and medical research including the following:
This is an intro to USMLE biostatistics and epidemiology and all of the topics mentioned will be carefully dissected and analyzed in the following chapters. In the next chapter, chapter 2, we will take a more in-depth analysis of the fundamental elements of health research and how to analyze medical research both in practice and in USMLE/board examinations. We will discuss how to understand and apply the research question, how to identify the main study variables (exposure variables, outcome variables and confounding variables), and how to identify the type of study data used (qualitative data & quantitative data) as well as its implications.
Tab #1
Tab #1

Have you ever read a USMLE biostatistics question and found yourself completely lost, even after reading it multiple times? Although not always the case, most USMLE biostatistics questions require you to be able to identify fundamental research elements such as the research question, types of study variables, and types of data. If you understand these three things, then you will have a great advantage when it comes to reading and understanding USMLE biostatistic question stems. In this short chapter we will go over how to critically analyze medical research studies, especially in the context of the USMLE Step 1 and Step 2 CK. We will cover the following fundamental biostatistics and health research topics.

In the next chapter, chapter 3, we will take an in depth analysis of important concepts in medical research which you must know for the USMLE. These concepts are validity (internal and external validity), reliability (aka reproducibility), accuracy and precision, accessing study validity, & the threats to internal and external validity.
Tab #1
Tab #1

In the simplest of terms, precision, accuracy and validity describe how “good” and how “reproducible” the results or findings of the study were. Physicians and scientist must consider all of these metrics when utilizing medical literature and especially when applying research findings to clinical practice. For this reason, these are essential topics which are tested in medical schools and board exams everywhere. In this short video lecture, we will perform an in depth analysis of these topics and pay particular attention to the following concepts.

By the end of this chapter, you should have a basic understanding of the essential metrics used to describe the quality of research findings. In this next chapter, chapter 4, we will discuss another essential component of health research which you must be familiar with for the USMLE Step 1 biostatistics portion. This essential component is samples and populations in research. As we will soon learn, the sample population used in research studies have a huge impact on the quality and applicability of the study.
Tab #1
Tab #1

One of the key elements to consider when reading a research manuscript or USMLE biostats question is the study population, as well as whether or not that population was randomized and if it was, how was it randomized? The sample selected for a study has huge implications on the validity of the study and very often, the main source of error or bias in a study has to do with the population selected. For this reason, researchers dedicate a lot of time towards ensuring that their study population is adequate and unlikely to create bias. Randomization of the study population is an extremely important concept in research. Randomization is performed in order to ensure that the study groups (control group and experimental groups) are identical in every regard except for the variable being tested. When this is the case, any differences in outcomes observed between groups can only be explained by the variable being tested (the exposure), because everything else was the same between groups. This process of assuming that the exposure group and control group are identical in every regard with the exception of the exposure variable is fundamental in research, and it is when this assumption is incorrect that errors (bias) occurs.

Errors in health research are extremely common and often lead clinicians to expose patients to potentially ineffective or even dangerous therapies. For this reason, it is extremely important to recognize when errors in research occur. There two main classes of errors in research; systematic error (also called bias) and chance error (also called random error. Bias can be further broken down into three types or “families” of bias; selection bias, information bias, & confounding bias. Every type of bias falls into one of these three families. Examples of selection biases include the Berkson’s bias, attrition bias, Neyman’s bias, volunteer bias, and non-response bias. Examples of information bias (also known as the measurement bias) include the observer bias, recall bias, reporting bias, surveillance bias, Hawthorne Effect, and lead-time bias. In this chapter we will discuss the following types of selection bias.

The confounding bias is a favorite of the USMLE biostatistics portion. You should be prepared to identify examples of confounding bias when given a question stem.  As we said in the previous chapters, there are three main “families” of bias; selection bias, measurement/information bias, & confounding bias. Confounding bias is a type of measurement error which occurs when there is no association between the exposure and the outcome, but there are variables other than the exposure variable which are associated with the outcome variable and are creating a spurious (or false) association. Confounding can be hard to conceptualize at first because it involves the interplay between multiple variables and on top of that, it is easily confused with another similar, yet unrelated topic called effect modification. Let’s break down confounding bias in order to make it easier to understand.

Let’s start with a phrase which you are likely to have heard before. “The results or findings were confounded by blank….” This is phrase is typically used to describe that the results or outcome of something was confused or made uncertain (confounded) by something. For example, “the results of the fasting glucose test were confounded by the fact that the patient was taking high levels of glucocorticoids.” You probably already know that glucocorticoids significantly alter serum glucose levels, therefore, they likely influenced the test result. In other words, glucocorticoid use, by virtue of their influence on glucose levels, “confused” or made uncertain the results of the test. This is the reason why the word “confounding” originates from the latin word confundere which means “to confuse.” If you can understand this, then you can fully understand the confounding bias and how to identify it.